Recently, the lovely Gemma from Africa Marathons was in Cape Town to participate in the Cape Town Marathon, and while she was in town she decided to explore a little further & joined us at Run Cape Town for a trailrunning tour around Lion’s Head & Signal Hill – have a read about her experience in her blog post below:

When planning my trip to Cape Town with Africa Marathons, I decided that it would be great to explore some of the city whilst running as I always like to keep travel active. I was due to run the 10km in the Cape Town Marathon event, so I knew my legs wouldn’t need too much recovery time and that I would be able to do some running soon after.

After the race, I was going to be on my own in Cape Town so I wondered if there were any running tour companies I could use, so I wasn’t running alone. I was also keen to learn more about the city. I did some research online and I found the company Run Cape Town. They specialise in running tours around Cape Town and I loved the look of the routes they offered.

After enquiring, Philippa, the company owner, helpfully suggested that I try the Lions Head trail run. I’ve not done much trail running before and it sounded like a beautiful route so I thought this would be perfect for me. It was booked!

Two days after running the Cape Town Marathon 10km, I was picked up bright and early at 7 am by Leo, one of the tour guides. We drove off to Lions Head, where the trail starts, ready to begin running! When we arrived I was greeted with the most beautiful view of Cape Town with the sun just rising above the city. Leo gave me an explanation of the area and the route we were going to take and we were off!

I soon realised one of the wonderful things about running around Lions Head was the 360-degree views of the city. I saw beautiful beaches, Robben Island, some very fancy coastal homes and spectacular views of Table Mountain nearby. Some of the trails were quite hilly, so when we stopped for a breather Leo used this recovery time to pass information on to me. I learnt about the vegetation, some of which is unique to Lions Head and Table Mountain, the military and defence role of the area in history, and facts about the city.

I found some of the trail paths quite challenging as I was not used to running on such uneven ground and I have weak ankles from previous sprains. However, I had invested in a pair of Brooks Cascadia 14 trail shoes before this run, and they really helped with grip. They were very light and comfy too, so I soon realised I had made the right choice with them.

We kept a nice comfortable pace so we were able to chat while running and it allowed me to keep some focus on where I was stepping and take in the beautiful views too. In what felt like no time at all, we were finished, but when I looked at my watch we’d been running for an hour. It just shows when you are having such a good time; time passes so quickly.

Running is all about being social

At the end of the run, we had a bit of time to chat more about running in Africa and what it means to people that live here. Running really is a way of life for so many people. This discussion helped put into perspective why I have sensed such a unique atmosphere in recent races I have done here, and it inspired me to go out there and get involved even more!

I had a wonderful time on my Run Cape Town Tour and I would thoroughly recommend this to anyone considering doing a running tour when visiting Cape Town. It has also sparked my interest in doing more trail running so watch this space for that! I am returning to Cape Town again in November with friends, and I have already booked another Run Cape Town tour, this time to Table Mountain!

Thank you Run Cape Town for a fantastic morning!

Africa Marathons specialise in booking races and travel packages for events throughout Africa, largely focusing on South Africa with the Cape Town Marathon, Two Oceans and Comrades. We are happy to be partnering up with them to show some of their guests around the Mother City when they are in town.

For more info about Africa Marathons & what they offer visit https://www.africamarathons.com/ or follow them on their social media pages: @africamarathons and @runwithgemma – they organise some really cool events to very cool places in Africa ….
THANK YOU GEMMA for this great blog

View all posts by RunCTN → 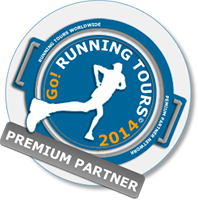 A beaut of a morning up ‘n over Newlands Ravine

Another great city run, some sun, some fog- a grea

Even in thick mist with zero appearance from #tabl

Ending the week - and the month of #januworry (!)

Some epic views & trails for Adam on Saturday, des

The wind in Cape Town has been insane!! Well done

Personalised,tailor-made running tours through the streets of Cape Town,with accredited Tourist Guides: a safe,healthy,fun way to learn more about our city.

Yesterday: a beaut morning for an up ‘n over Newlands Ravine for Tony & guide @andrewseye - it’s always worth the climb for the amazing & unique views of #tablemountain & the #MotherCity #trailrunning #adventurecapetown #runtastic @TrailReview @CityofCT @curateCapeTown